For the past decade iMovR has conducted extensive research on the use of active workstations to counteract the worsening health trends among modern-day office workers resulting from so-called "sitting disease."

The negative consequences of excessive sedentary time spent sitting in front of a computer fall into two large categories: metabolic and ergonomic. Our goal all along has been to develop technologies that will assist office workers in avoiding or combatting metabolic syndrome, while also preventing ergonomic injuries. (Read about our cooperative efforts on NEAT research with The Mayo Clinic and our pioneering work in the new field of Ergodynamics).

In order to conduct this research we needed to be able to measure user activity at these workstations, such as the amount of time they spend sitting versus standing, and exertion metrics if walking on a treadmill desk. To accomplish this we developed a series of proprietary sensors, both patented and patent-pending.

Some of these sensors have been used by research partners such as The Mayo Clinic to gather data on thousands of subjects, to accurately determine, for example, how many calories you can burn using a standing desk or treadmill desk. At the moment we anticipate commercializing these sensors sometime in 2023. The sensors will connect to users' smartphones via Bluetooth, and ultimately to the cloud through their phones.

In the interim, iMovR has been developing standalone apps for smartphones that can control a variety of existing and upcoming Bluetooth-enabled devices that are on our roadmap to the active workstation of the future.

In May of 2018 iMovR began shipping the first Bluetooth-enabled standing desks in the industry, the Lander and Lander Lite lines. Both the iPhone and Android apps are published by Linak, the manufacturer of the linear actuators in the Lander desks.

In April 2021 iMovR released the first iOS version of the iMovR Ergodynamics App. The first supported workstation was the ZipDesk by iMovR.

The Lander line desks will be added next, as an alternative to the Linak app. (Note that the "health coach" features in the Linak app will not be available in the iMovR app until a later release, so customers who use those features may not want to switch immediately.) The Android release will follow thereafter.

In April, 2022, iMovR released its EMMA electric monitor arm, which also has a Bluetooth interface and Linak gesture-style handset. The iMovR Ergodynamics app will be updated to include single-tap "sit" vs "stand" controls that will move both the desk and monitor arm to their preferred height settings recorded by the user. 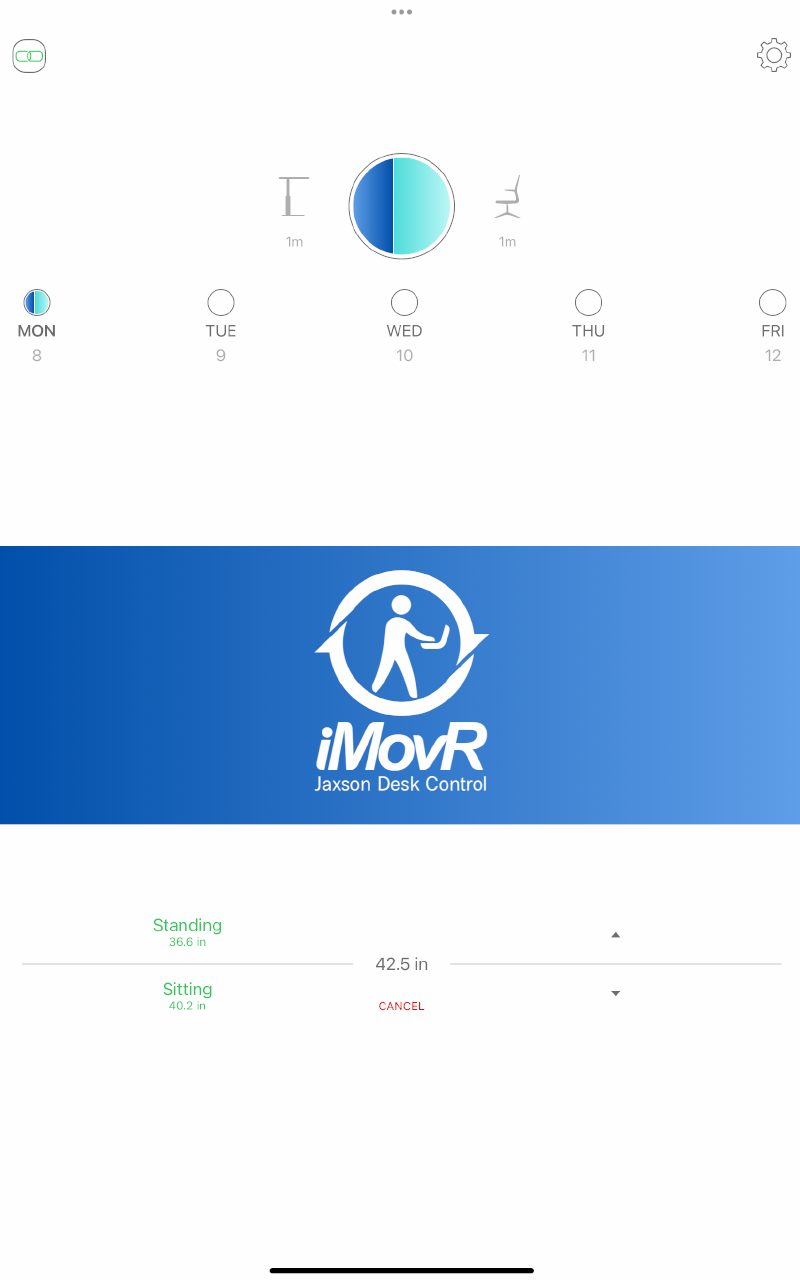 In June, 2022, iMovR launched the new Jaxson desk line with its own app, in both iOS and Android versions. As with the Lander, the Jaxson's app features will eventually be integrated into the iMovR Ergodynamics App as we move towards one unified app for all of iMovR's Bluetooth-enabled products. There are several additional products we expect to release over the next two years with integrated Bluetooth, as well as standing and walking sensors for workstations that do not have integrated Bluetooth transceivers.